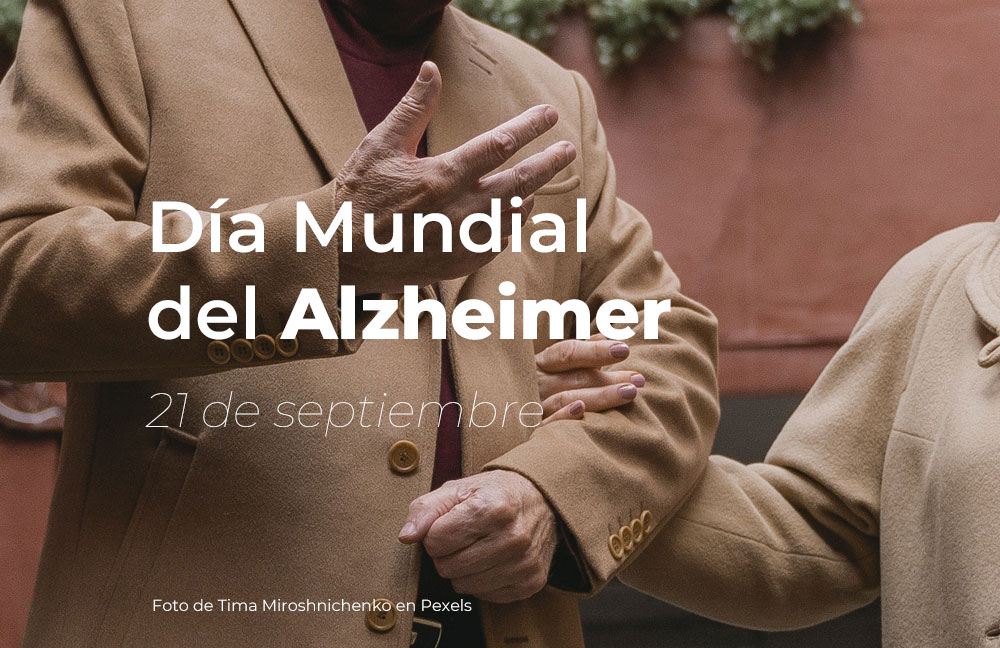 Alzheimer’s disease is the most common type of dementia, accounting for 70% of cases. In Spain, it is estimated that more than 1,200,000 people suffer from it. It is a neurodegenerative disease that slowly alters the normal functioning of cognitive processes and the behaviour of the person, in such a way that it prevents their ability to lead an autonomous and independent life in their personal, familial, working and social spheres. In addition, it is not only a disease that affects only the person who suffers from it, but also affects the entire family environment which often experiences high levels of overload and destructuring. Alzheimer’s disease is therefore a family disease and its approach is therefore a challenge for today’s society.

The loss of memory is usually the first complaint that the patient expresses or that his relatives perceive, although other cognitive functions, such as attention and concentration, language, orientation in time and space, perception, the resolution of mathematical operations, intentional motor skills or the processing of complex thoughts, will also be affected as the disease progresses. Deterioration of cognitive faculties slowly reduces the patient’s ability to carry out day-to-day activities that allow him or her to live autonomously and integrated into their environment. Interest in behavioural disturbances has gained increasing importance in recent years and includes disturbances such as personality changes, apathy, lack of interest, agitation, irritability, anxiety, depression, delusional ideas, hallucinations or disturbances of sleep and appetite. For this reason, as life expectancy has increased, so has the number of people suffering from the disease. However, although most case.

We invite you to watch the short film IMAGÍNATE by Cindy Fuentes,  winner of the Memorables Film Festival https://www.youtube.com/watch?v=Uaa096YU77k